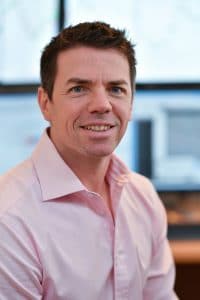 Charlie has been trading 23 years of which 19 have been full time. He previously worked in financial services advising Independent Financial Advisers on investments for Old Mutual Fund Managers.

Charlie’s route into trading was purely by chance. A financial adviser he used to deal with had obtained two tickets to a trading seminar and he asked if Charlie wanted to attend. Charlie then asked a couple of other friends including Kym if they too wanted to go and so 4 or 5 friends attended a trading course hosted by an American company. It was Charlie and Kym who persevered with trading after the others stopped and the rest is history…

Charlie has always enjoyed live trading in front of audiences and has put videos out every Friday of his live trading that day. He has been doing that for many years and does it to show people a real trader putting his money on the line, win or lose.

It’s that desire to entertain that carried Charlie on to competing in a live trade-off each year at the London Forex Show which he was undefeated for the 5 years that he did it.

It was a result of the very first live trade-off at the show that the BBC heard about. They were in the process of filming a documentary about trading and asked if they could film the event. After speaking with Charlie, the BBC asked if he would be willing to be filmed at home too and so it was that Charlie became one of the bright lights of that documentary, ‘Traders; Millions by the minute’. On that show, you see Charlie banking £700 on a trade in a couple of hours plus of course some of the extracurricular activities that the BBC wanted to make the show more entertaining! Ironically, the original trade-off they filmed never made it to the final cut, they seemed more interested in having film of him washing his Porsche!

Charlie has subsequently been interviewed on BBC radio, the Financial Times, the Daily Telegraph, BBC’s The One Show and is also a regular guest and interviewer on Tip TV (now Core Finance). He has also presented an many trading shows such as the World Money Show and London Investor, but also as far afield as Kazakhstan and even Bangladesh!

In 2013, Charlie undertook a trading challenge to see if he could take a typical $10,000 trading account and turn it into $100,000 within 2 years. He achieved the goal but it took around 2 and a 1/2 years in the end but still a tremendous result to show people what can be achieved on a small account.

After completing that Challenge, Charlie decided to undertake a new one in 2017 now with the aim of taking a slightly larger £50,000 account and seeing if he can turn it into £500,000 in three years. As of writing, he is barely 6 months into this 3 year challenge.

Charlie has always been active and did Karate for 20 years before having to stop due to a back problem. He competed at international level and always said the discipline of practising a martial art helped with his discipline in trading. He still stays active and is an active gym goer, runner, skier and cross fitter. He finds physical activity helps when using up so much brain capacity with trading!

Charlie lives with his wife Rachel and daughter Leah in Newbury…