Fear Vs Greed based traders

Two key drivers for humans are fear and greed. They influence us in all aspects of life and 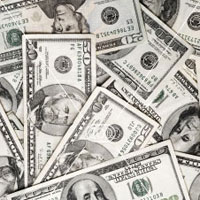 can aid/disrupt our decision making abilities. When it comes to trading the markets, individuals who are influenced by one or the other of these traits will need to recognise them so they can improve their results.

A greed based trader tends to want ‘the action’ and is excited by the thoughts of making substantial quick gains out of the markets. This personality will buy and sell in the blink of an eye and is liable to over leverage due to their greed wanting them to make their fortune “now”. This type of trader will find themselves jumping into stocks/commodities/currencies because they were increasing in price and so they couldn’t help themselves but to get in on that action! They are also likely to ignore sell signals when they are already in a profitable position as their greed wants them to hold out for a bit more profit (which simply isn’t there). As a result of this greed, they sometimes see a profitable trade become less profitable or even a loss.

Greed based traders are a very dangerous breed. Because of their drive for success, they treat the markets more like a casino than a serious business and are susceptible to large swings in their profit and loss account. If you ever hear a story of a trader losing a lot of money, you can bet it was a greed based trader!

A fear based trader is motivated differently. They are far less likely to jump in and out of the markets as frequently as the former personality type. A fear based trader has trouble even hitting the buy button on their broker screen! They want the heavens to come into alignment in order to take a trade. Because of this, they miss out on a lot of opportunities. When they do take trades, they will be very strict with their correct use of money management to ensure that any losses are minimal. When in profit, a fear based trader is far more likely to cash in long before any sell signals are given, thus missing out on more profits.

Fear based traders will never lose much money. But their personality trait stops them from making much money too.

The best traders tend to draw on the strengths of these two previously mentioned trader types. The methodical character will not hesitate to take a trade, but will ensure they use correct money management. They will be analytical, but not to the extent that they miss out on opportunities. They give the market the respect it deserves and so don’t treat it like gambling. They simply obey a defined set of rules and don’t allow their emotions to affect their decision making abilities. This is the trader everyone should aim to become…