Two of the most powerful investment secrets

Having re-read Jack Schwager’s book ‘Market Wizards’ recently, it gave us yet more 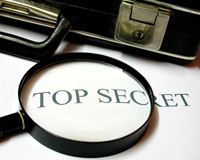 evidence that the world’s greatest traders and investors really only have two things they would agree on. You see, most of them trade differing markets and certainly have different styles/strategies for investing. But there were two common links between them. The first was they never lose big money in the markets. The way they do this is to know when they are wrong about an investment and therefore get out. They are strict on this concept and so use one form of stop loss or another. The best investors know they are not going to be right all of the time so why hold on to an investment that is not doing what they thought it would? This strategy ensures they never allow any single trade to get out of hand and significantly affect their overall capital.

The second link between them is the use of correct money management and position sizing. They will only risk a given percentage of capital into any one trade and of their winners, they will want to be rewarded with more money than they originally risked. So they are looking for trades with the potential for a positive risk/reward but still position size according to how much they are willing to risk.

Kym and I are designing a new game for traders to play that is a great way of demonstrating risk. We purposefully put the odds in favour of the players but know the majority will still go bankrupt playing it. It’s going to be great fun to unleash it in the New Year and test the money management skills of unsuspecting traders! Once traders have understood the concepts of money management, they are certainly on the same path as the best traders and investors in the world…