Taking the long way round

When it comes to investing and trading, we need to be able to objectively analyse the 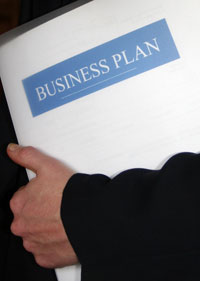 markets without allowing our emotions to influence us. Now when it comes to making decisions in everyday life, our minds tend to react to the situation that is in front of us on each occasion. These reactions are completely natural and we don’t even have to think about them. But when it comes to investing, the reactionary impulses that we naturally use in every day life are very often the complete opposite of what we need to be successful in the markets.

So how do we go about successful trading and investing knowing that we are pre-programmed to make subjective, emotional decisions that can harm that success we strive for? The answer is to follow a strict trading plan that keeps you from making mistakes you would normally make as a result of emotional/irrational financial behaviour.

Now making a trading plan requires a little bit of work in the beginning; after all, you would need to sit down and write out the strategies and rules you need to follow to ensure you stick to them. So at first, it is the long way round, but once done, it ensures you are strict with yourself and this is the very path you need to follow to stay consistent.

We speak to a number of traders on a weekly basis and we can tell the ones who will do very well and those that won’t. The ones who won’t do well have a gunslinger type attitude; they wade into trades with little or no correct money management, hoping to make a big profit on that one trade that is going to buy their new car or whatever else it might be. They don’t even want to hear about trading plans/strategies/rules/money management – that is all boring stuff to them and they see it as the sort of thing that they don’t need.

However, these investors/traders are the sort who continually make mistakes such as chasing the market as every new piece of information comes in on Bloomberg TV (!), only to get burnt on the retracements. However, they will still occasionally make a profit and it’s these few profitable occasions that makes them stick to their over all losing ways for longer than they should. Here is a classic example; we were speaking to a trader last week who has quite clearly got the gunslingers attitude. He has got £100,000 in his trading account and he wants to turn it into a million in a very quick time. He stated that he was shortly going to start trading £500 per point on spread betting. We also know that he is day trading. So let’s assume an average trade where he would (hopefully) have a stop/loss of 40 points on that trade.

40 points multiplied by £500 is £20,000. So if that one trade goes wrong, he will have wiped out 20% of his total capital (£100,000). And we all know it is quite easy to have up to three losing trades in a row which could cost him up to £60,000! Bare in mind we were being generous allowing him a stop/loss of 40 points – he might have bigger stops than that – or we suspect not use them at all! This type of trading is how people can lose a six figure pot of money in a very short period of time.

What’s the worst thing that could happen? He could have three winning trades at the beginning which would only make him go and bet even heavier in the future. And the result? His belief that he doesn’t need rules/trading plan would be reinforced until he lost the lot. Unfortunately, there are people out there who do this sort of thing and lose their life savings because of this attitude.

Much better would be to sit down, write a solid trading plan and stick to your rules/money management. That way, it may take you longer to get to your goal, but you have a far higher probability of getting there. In the long run, who wins the race? The tortoise or the hare???